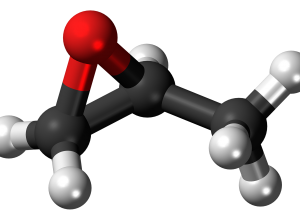 Propene oxide is a very important chemical whose production technology has changed a lot during the last 30 years. Nowadays, the most promising technology is the HPPO process in which the propene oxide is produced by oxidizing propene with hydrogen peroxide, via titanium silicalite-1 (TS-1) catalysis. Even if this technology has been patented in the early 1980s and some chemical plants are already in production, only few papers have been published until now dealing with the catalytic and kinetic aspects of the process. In this paper, the state of the art of the scientific knowledge and technical aspects related to propene oxide synthesis in the presence of TS-1 catalyst have been reviewed.

Kinetics of Propene Oxide Production via Hydrogen Peroxide with TS-1

Propene oxide is a building block of the modern chemical industry. The research related to the development of convenient and greener processes has led to the development of the HPPO (hydrogen peroxide propene oxide) process, where propene is oxidized by hydrogen peroxide in the presence of methanol as solvent and titanium silicalite (TS-1) as catalyst. Even if the first industrial plants based on this technology are already running, only few information have been published until now about the kinetics of the process, in particular regarding the side reactions that lower the yields and increase the cost of propene oxide purification. This paper is devoted to the kinetic investigation of both main and side reactions, with the aim to find general kinetic expressions and related parameters.